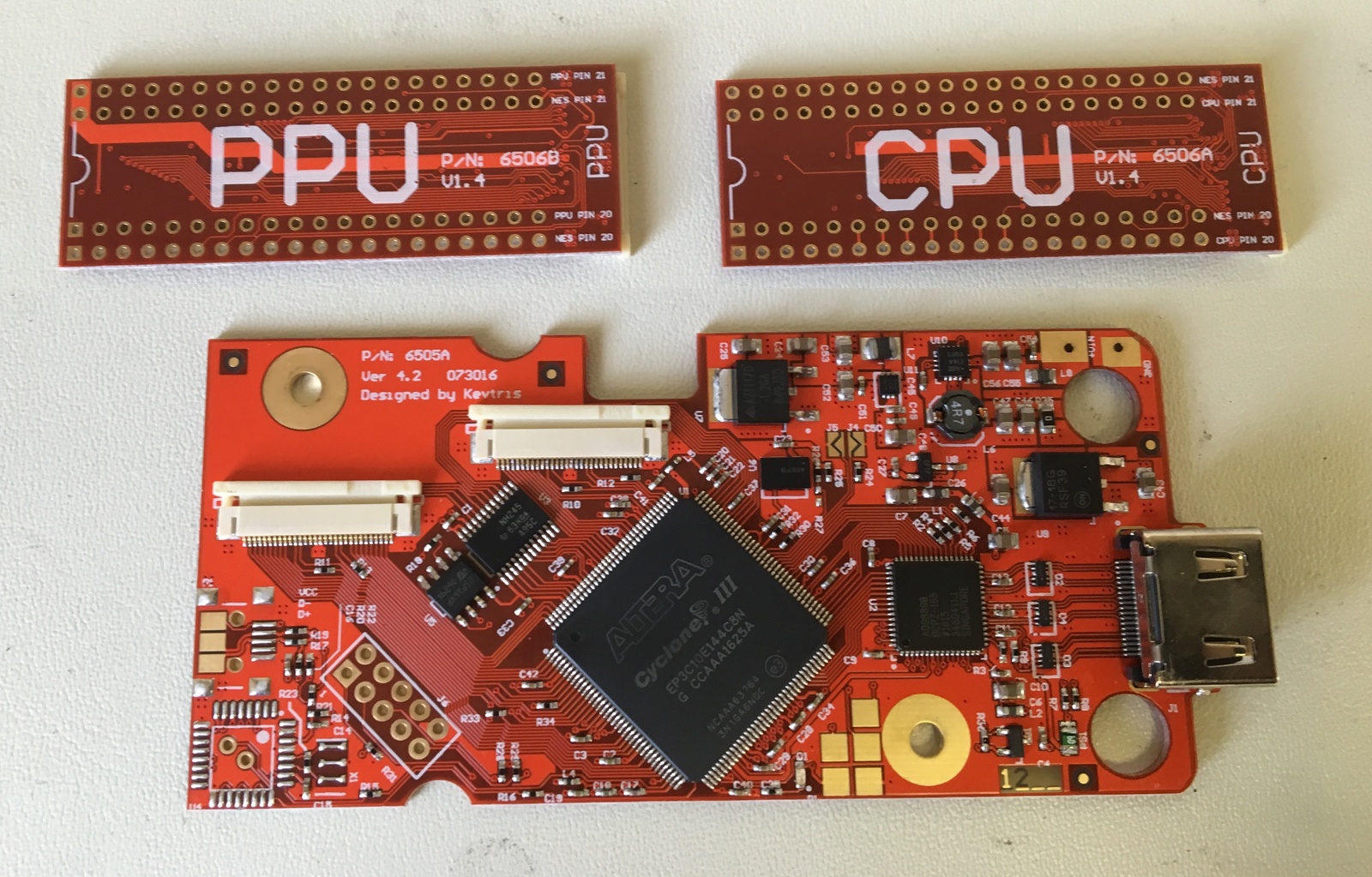 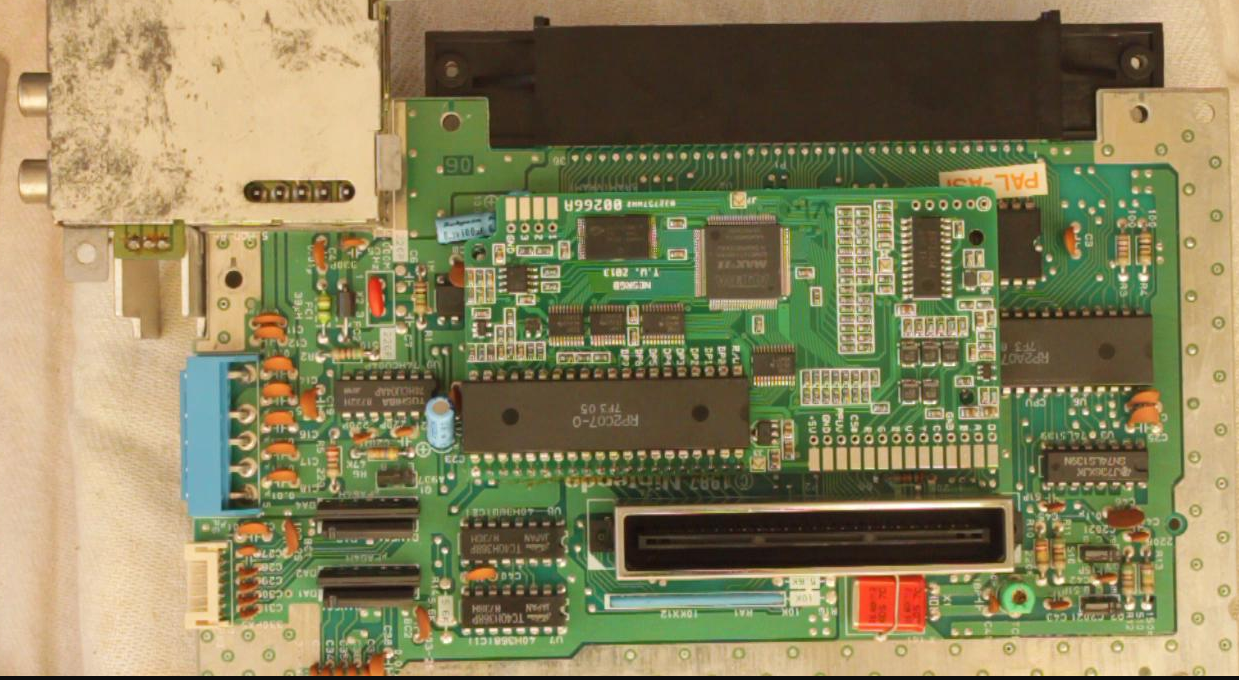 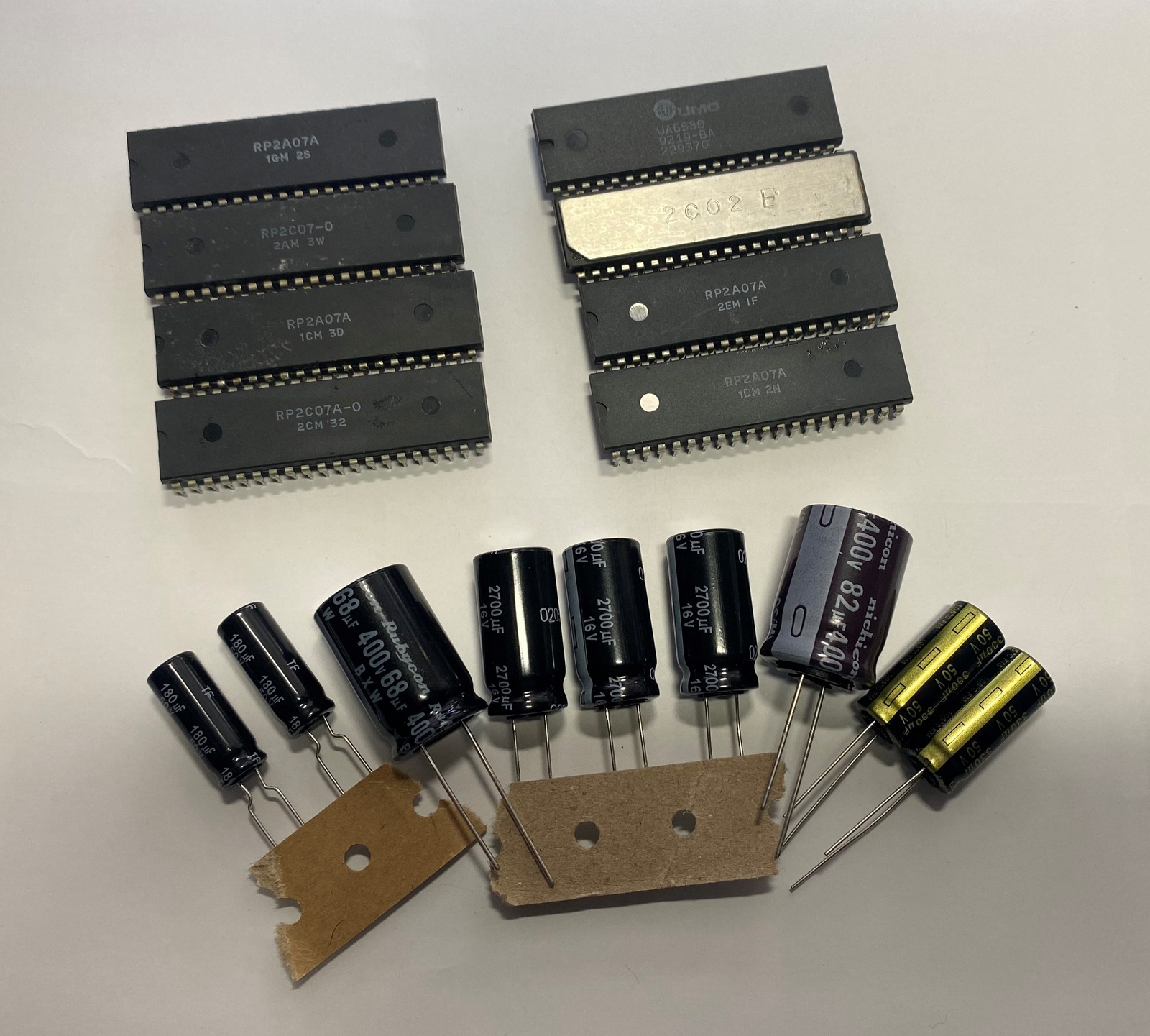 Not a clone system!

EDID will allow only as high a res as the monitor will handle, but there is the option to turn it off and force higher res.
Aspect ratio will be user adjustable in the menu, seen as horizontal stretch in the menu.
Multiple palettes and a black & white mode will be user select-able in the menu.
Over clocking with hot keys with option to have it not mess up the sound pitch by following ppu clock instead of cpu.
User can reconfigure all hot keys.Hot keys can be set to be read on either controller 1 or 2.
Long and short console reset via controller hot keys.Updating firmware will be done via an “.nes” file, via flashcart etc, if necessary.
No need to send the console or board back to me or the installer for updates!
All audio is generated in the kit, so it will be %100 digital and theoretically noise free.
User will be able to control each audio source volume independently.
User will be able to pan between left and right output of each source independently.
All expansion audio chips are programmed in to the kit, simply turn the one you need on or off.
The cart or rom you’re playing does not need the actual hardware for this to work!

Scaling options are included:
Main scaling menu has: HQ2X, HQ3X, HQ4X, scale 2X, and scale 3X.
Plus a bonus x-ray mode.
In 1080p60 height sub menu there is also 4x and 4.5x.
(added later and couldn’t be placed in same ares)Several scanlines options: none, nes, 2x, 3x, 4x, and 5x.
4x scaling mode helps with even scanlines.Easy install if you have proper tools!

Desolder the cpu and ppu, add a couple wires for power, and cut out a hole using the print out template shown in the install instructions.
Tested and working with some known problem carts, multi carts, powerpak, and everdrive.
Guaranteed compatible with E, G, and H rev NTSC cpu and ppu only.
This is another reason the kit will not work in the original famicom, those usually have chip revs that cause issues.
Tested and working with PAL cpu and ppu no rev and A rev.

INSTALLATION OF THE KIT = 75 euro

The NESRGB board effectively bypasses parts of the PPU - Palette RAM (Color Generator), Decoder, and DAC.
These functions are duplicated in the NESRGB board with a focus on video quality.
The timing of the video is unchanged so there is no lag (no framebuffer, no VGA, no HDMI, etc, etc), just non-interlaced 15kHz video output.

Features
User selectable palette. Three palettes available, I call them Natural, Improved, and Garish.
The Natural palette has the same colours as the normal composite video output. It comes from the Nestopia NES emulator.
Improved is from the FCEUX emulator. There is more variety in the colours. Some games look significantly better with this one.
Garish is also from the Nintendulator but it is a palette from the Nintendo Playchoice PPU.
It's very colourful indeed. More of a curiosity than anything else.
There is a fourth choice - if no palette is selected the NESRGB board will 'turn off' and just pass data through.
This way the NES will output composite video as if the board was not installed at all.

Built in audio and video amplifier. Useful for the Famicom which does not have A/V outputs already.

Supplied with audio/video connectors, three position switch, and other assorted bits that may be required for installation.